While being Goth is about primarily music and then fashion, being Gothic is about seeing beauty in death, decay, the transience of life and the fragility of our existences. Dying flowers typify this, once bright, colourful and beautiful, time drains the of their colours, dries out their vibrant petals and turns them into brittle, fragile things that fall apart at even a gentle touch and crumble to dust, but while dried and dead are still beautiful, and even more beautiful for their fragility. As such, I took a few photographs. I tend to keep bouquets that I am gifted until they dry out, and then keep them on display as dead, dried flowers because to me they are still beautiful. 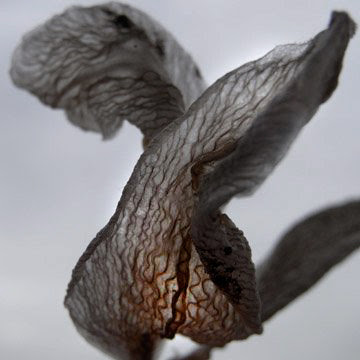 Held up against the sun in a cloudy sky, the structure of the twisted petals becomes clear and the translucence visible. This flower has naturally faded to grey, with only vein-like tracery left in a bloody, rusty red. 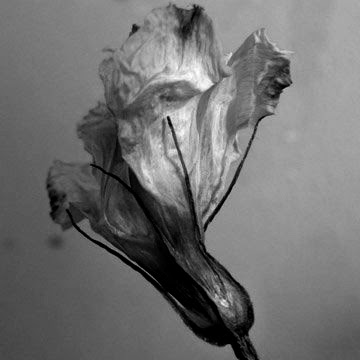 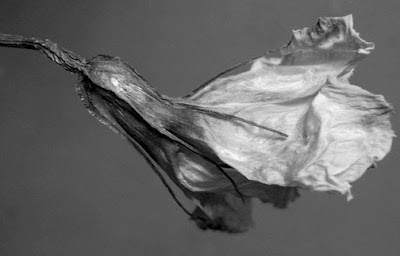 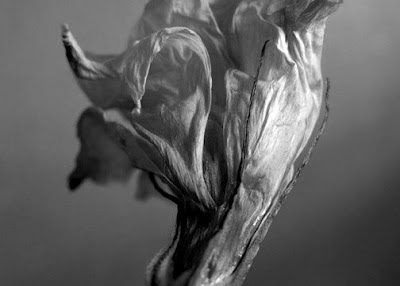 All of these have been held against a matt green background (some card) and photographed such. I wanted to show how papery this flowers had become. I love how the very tips of the petals had remained dark, like they had been carefully dipped. 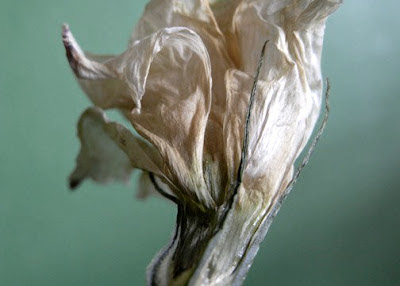 This is the same as the last of the black and white photographs. I tried to find a background in a similar colour to the green of the dried stems. I think the subtle variation in colour makes this work better as an image than those in black and white, but that the black and white versions suit the aesthetics of my blog better.
Posted by The HouseCat at 09:00