In early to mid December, I had my hair cut the shortest it has ever been. At the front there is enough length to frame my face, but at the back there's less than 2 inches of the stuff (and that's now, with about a month's re-growth) and dyed it my favourite colour - a bluish violet. 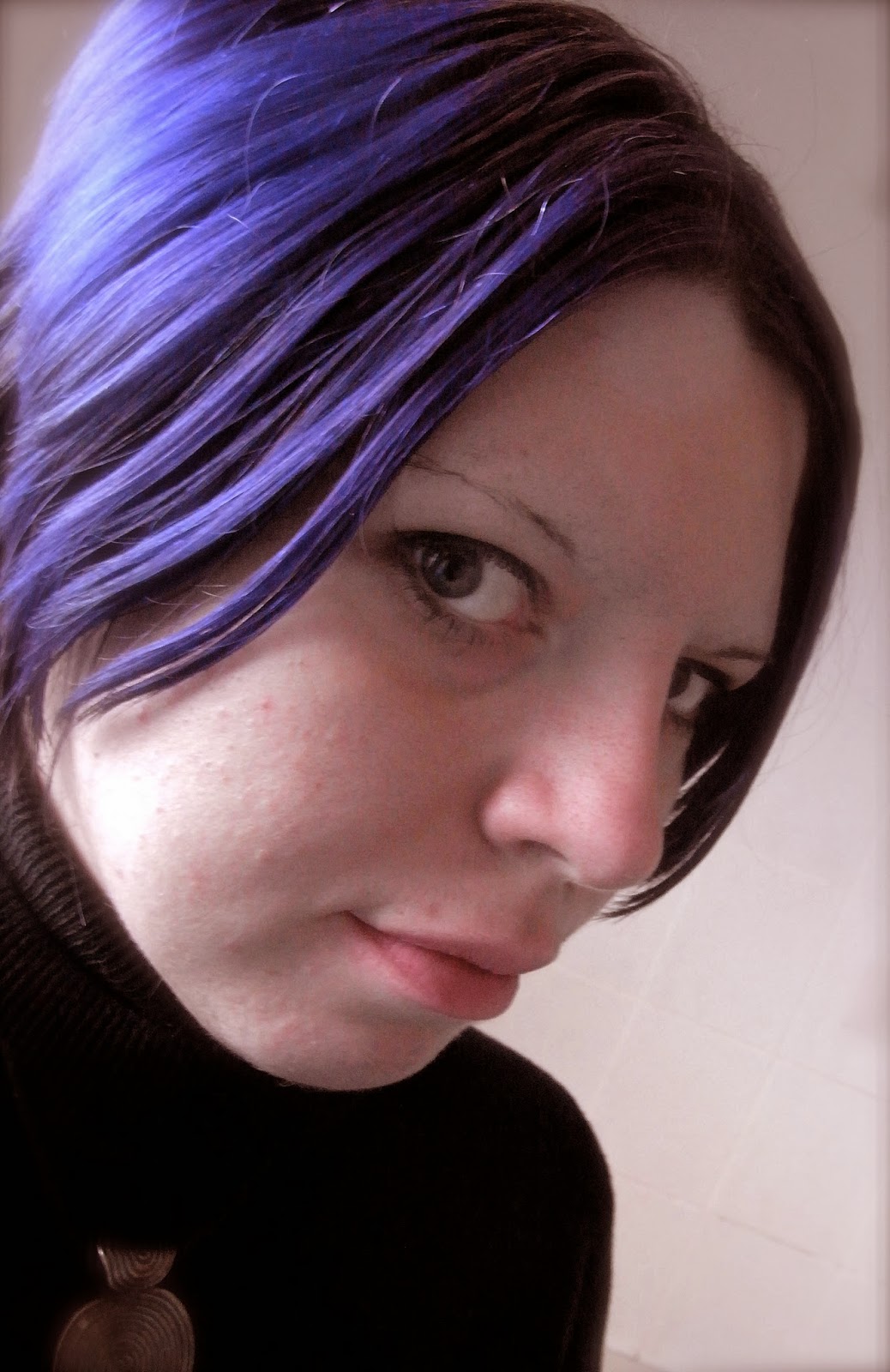 This is quite a drastic change, considering I had long hair down to my bust before (not the longest it has been - it was once down to my waist) and that the previous shortest hair-cut was ::this one::. There are many reasons for the drastic cut. On a practical level,  there were several good reasons. I work with small children (mostly 4-6yr olds), and some of them are inclined to tug my hair to get my attention, or end up flicking or splattering stuff into it when doing messy activities, and so it seemed more practical to have short hair. I also wear wigs quite often, and it is easier to tuck shorter hair under a wig than longer hair. Long hair takes longer to dry, uses more dye and is harder to keep tidy and look after, etc. 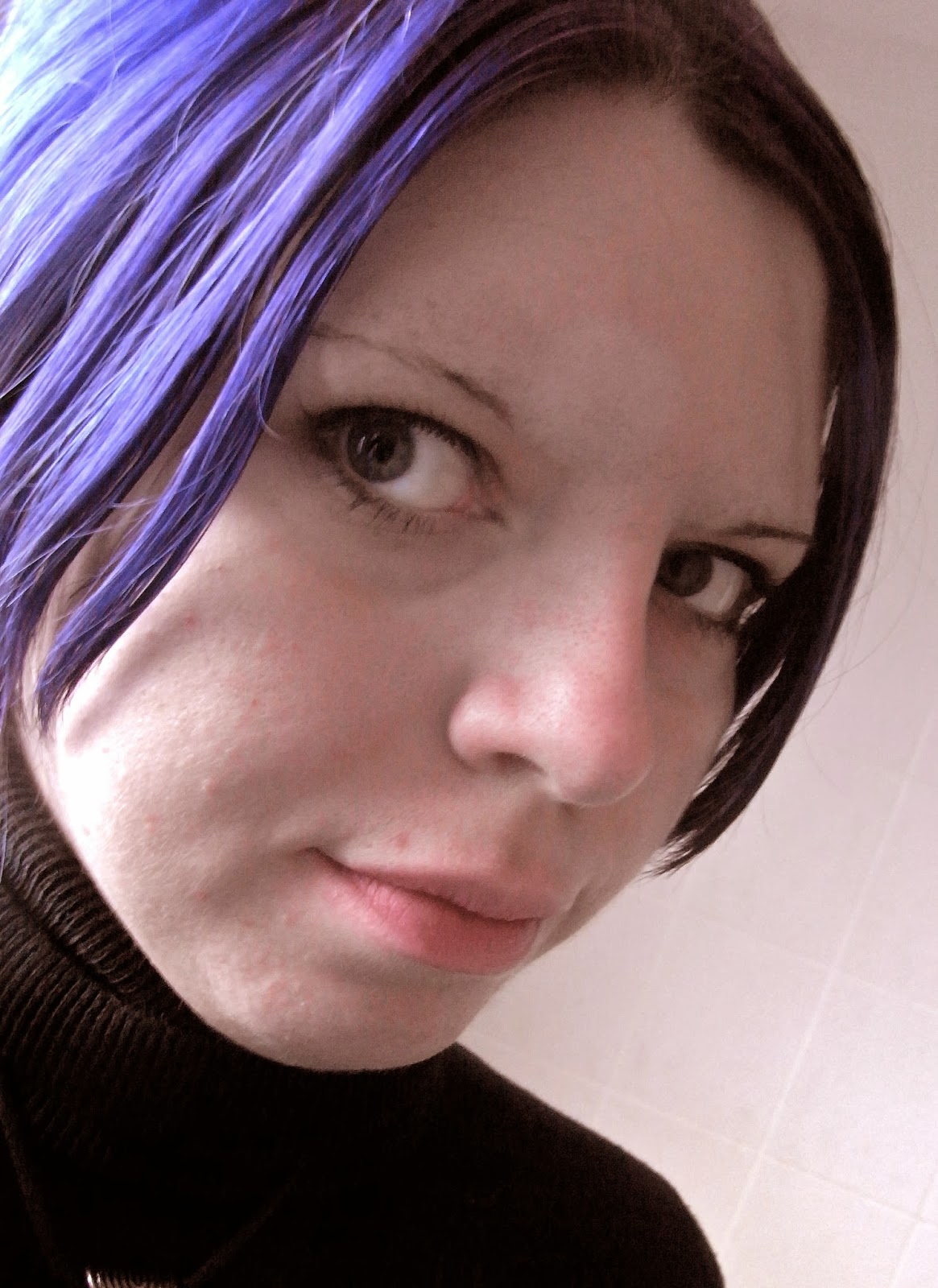 Another reason was because I felt the shorter hair-style would make me look and feel a bit more mature. I've had long hair since I was a little girl, with a few attempts to stick to a shorter style, but generally, it has been long, and I felt that this was a look that would move drastically away from that and have me looking more sophisticated. I've moved on a long way in life in the last few years, both in distance and in knowing what I want to do in life. Now, I feel like I have regained direction as well as made progress.

I've had so many conflicting ideas of what to do as a career, all I have known is that going back to studying is something I have to do, and it has been hard picking which of my varied interests and passions coincide best with my skills and would be best developed into something I could see myself working in for a long time. As a teen, I was dead set on architecture, but for varying reasons ended up thinking I would be happier as an artist/illustrator, and that's what I worked towards at college - in the end, though, I tried that and found that working in art killed my passion for what I was doing, and I wasn't enjoying it. For a while I thought about teaching, but I don't think I have the right attributes for that. Now, I feel like I was right to begin with. Sometimes you have to try something to know it isn't actually what you're meant to do.

Cutting hair short seems to often be a rite of passage for other people, a symbol of cutting away parts of their old self with their hair. It has been the same for me.
Posted by The HouseCat at 04:06