I have entered the raffle at Bethezda's Preoccupations for nail-polish and eye-shadows in glorious colours. It is ::here::. Part of the terms of entering the raffle is mentioning it on your own blog.

Earlier today I went to Inverness city, and visited several graveyards and churches and took quite a few photographs. I've been into the city before to take photographs of the architecture and suchlike and this post will be a conglomeration of the two visits. Next time I am there in good weather I may take more photographs. I am going to give location details within Inverness for these graveyards and statues so that if anyone is holidaying there or lives in the area and likes visiting graveyards and historical buildings then you can visit these ones. 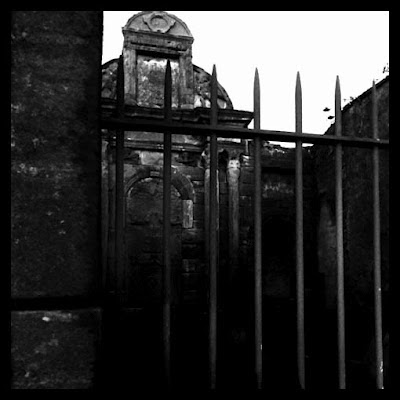 This is a mausoleum at the very old graveyard at the end of Academy Street in Inverness. It is in a far corner, over towards the main road, at the opposite side to the entrance, tucked in the corner backing against the Longman Road. I like this graveyard, it's gated and makes an idyll of tranquility in the middle of the city. It has some very, very old graves, dating back to at least the 1700s, some I think are even older. What I've noticed about the graves in Inverness is that they have unusual decorations, often incorporating skulls, bones, angels of death and other decided Gothic motifs. I really need to go back and take more pictures because many of the ones of said designs did not turn out very well. 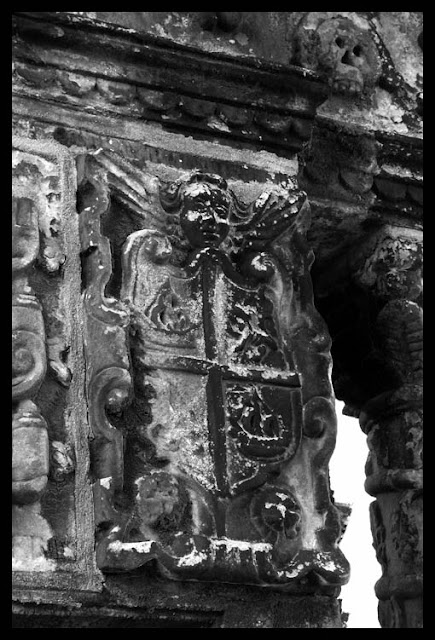 This is from the graveyard associated with The Old High Church, which is unsurprisingly on Church Street, near Bank Street. It is a church on a natural mound, higher than the other churches along the river - and there are a LOT of churches and chapels along the river. Most of them are gothic architecture, and the Catholic church on the opposite side o the river is especially ornate. By the time I'd walked to that church it was too dark to take good photos, sorry. I did try, but it was really rather dingy and I couldn't hold the camera still enough. Sorry. 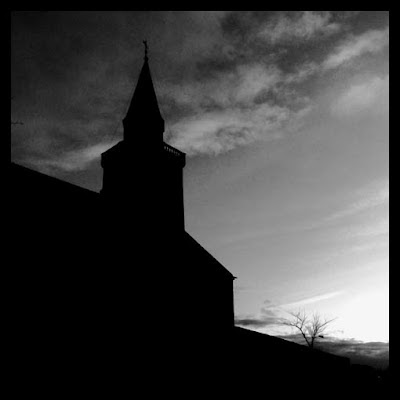 I did, however, get a picture of The Old High Church against a rather dramatic sky. I took a colour photo of this church that turned out well earlier this year, but I think I'll stick to photos in black and white, or at least in dark shades otherwise it will clash with the rest of the entry and the page design. It's hard to imagine, looking at it from this angle, that this is pretty central in the city and surrounded by other buildings! 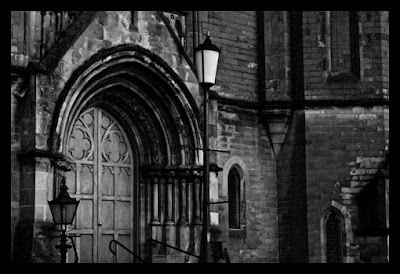 This is a different church, along Bank Street. This is the Free Church of Scotland North. It has some of the fanciest architecture on Bank Street, and lots and lots of Gothic detailing - note the street lights aren't even of a modern design. I haven't ever been inside this church, maybe that should be my next project - although that will probably be sketches as many churches consider it disrespectful to take photographs inside, so unless I can find someone to ask and OK it with them first, I generally stick to drawing. I have noticed that it is best to wear more conservative (although not necessarily less Goth) clothes for church visiting. 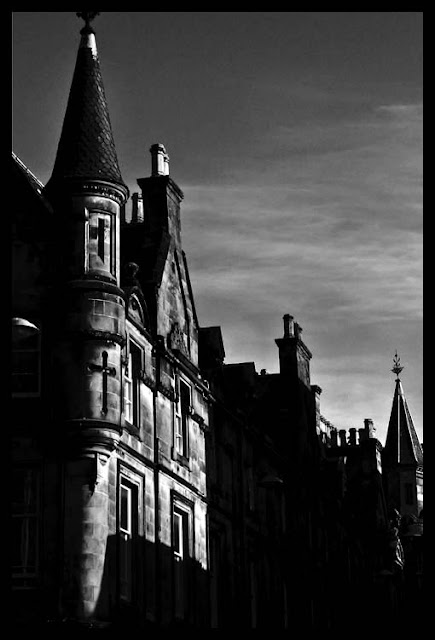 This is a hostel, and it is built over the alley into Lombard Street in the centre of town. I stood on one of the stone decorations/seats to take this photo above people's heads because below are shop fronts, and lots of people being people and therefore scruffy, mundane, with shopping bags from Primark and Currys and bad hair and that doesn't quite have the right atmosphere. A lot of people walk straight by buildings like this, maybe out of familiarity, maybe because they just don't realise how nice the stuff above eye-level can be. A lot of people walk around looking downwards. How they avoid bumping into people is beyond me. 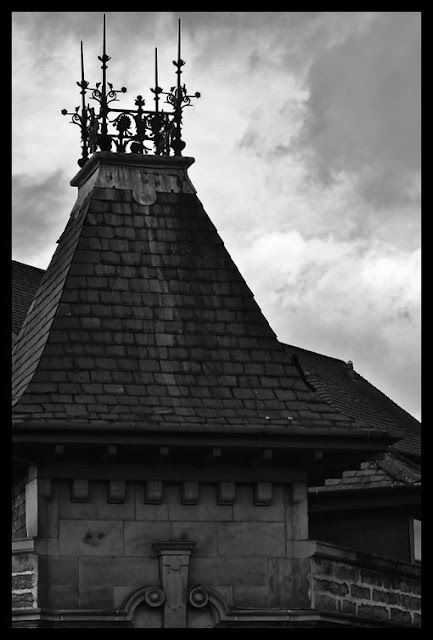 This is a rather nice building somewhere off across the Bridge Street/Young Street bridge... I actually can't remember where I was when I spotted this. Oops. Usually I've got an amazing memory for places. I liked the ironwork on the roof, probably Victorian, and the fact that someone thought to make this mini-turret and gables. Inverness was once rather affluent, looking at the architecture, as there are rather a lot of very fancy houses, guest houses, hotels, civic buildings, etc. etc. Old Town especially, but all across town there are lovely buildings. Yes, there are quite a few mid 20thC ugly buildings, but there's some stunning modern buildings too, although they don't really come under the scope of this blog. 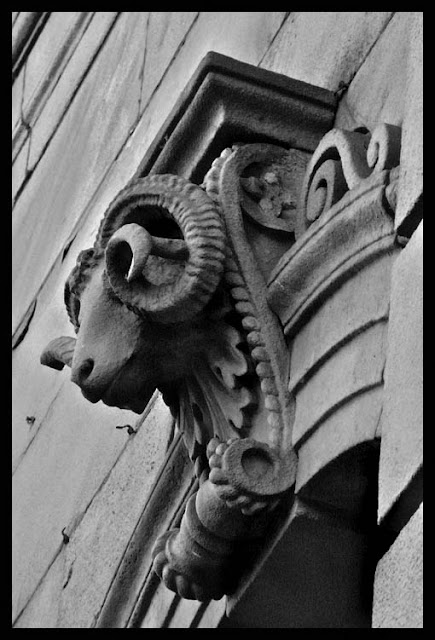 This is a gargoyle on the Victorian Market (back on Academy Street) and it is a ram. I thought it was a goat, but Raven, who used to live on a farm in Wales, says it's a ram. I'm going to defer to his judgement on that. Whatever he is, he's got amazing curly horns. The Victorian Market is basically a Victorian market building that houses a variety of independent retailers and cafes and has lovely architecture inside as well as out.  It has some rather funky modern details too, including some interesting murals and canopies which I am also going to have to photograph. 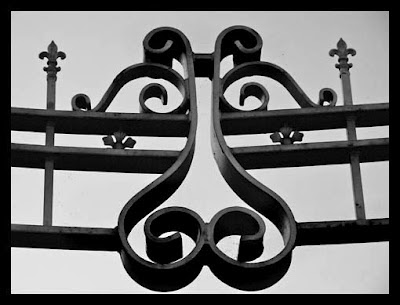 This is part of an archway (yes, with an inverted curve) to the side of Falcon Square, which is pretty much the centre of Inverness. This is another case of things spotted on looking away from the obvious. The designers of the square have picked the clock, the entrance to the Eastgate Shopping Centre (the mall) and the statue as the foci of the area, but that doesn't mean that the rest should be ignored. I love designed spaces, because they really don't need much to make them look nice - if the architects have done their jobs properly they look nice from just about every angle. That said, unplanned places that have evolved and been built over long centuries also have a special sort of eclectic attractiveness, but one that tends to appear more amongst older buildings rather than 20thC ones.