While Gothic and Gothic Revival styles are my favourite, I don't mind a bit of Neo-Classical architecture now and then. 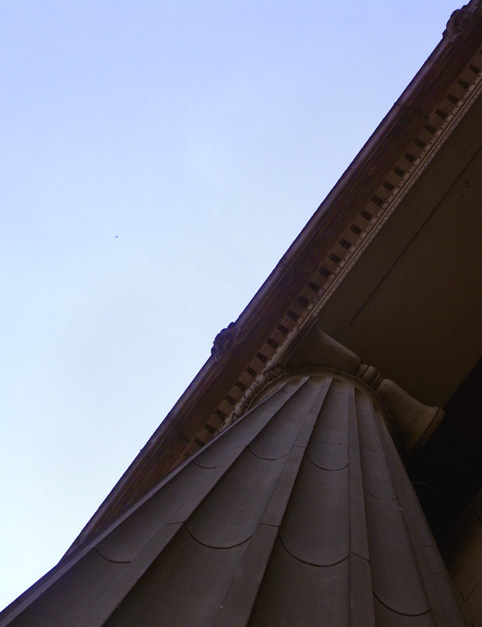 These photos happened because I had to sit around and wait on the Saturday. K. and her friend Clark had to get their student bus passes, and I wasn't feeling well, so didn't want to go indoors where it might be stuffy to wait with them. Edinburgh was a lot warmer than Inverness was when I left, and even having taken off my scarf and jacket I was over-heating, plus I did not realise just how crowded central Edinburgh would be on a Saturday afternoon - I am not used to big cities and masses of people, and do not cope well with crowds. I was feeling pressed in and getting faint with the stress and the heat, and had nearly fainted in a heap outside a fast food restaurant on Prince's Street! As such, while K. and Clark sorted there bus ticket, I parked myself under the grand facade of this bank. 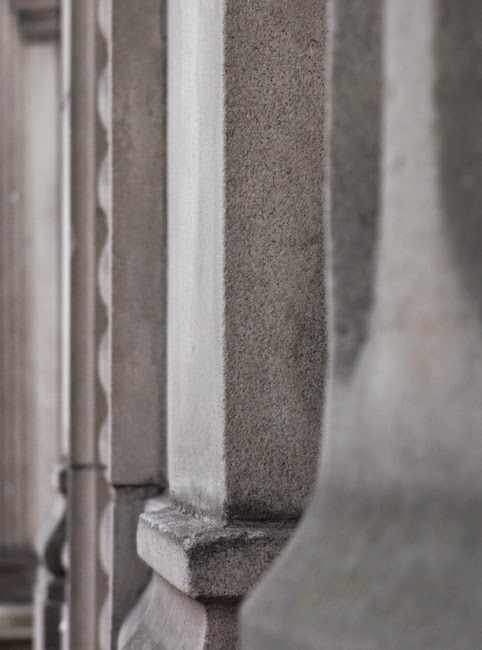 It's currently a bank and a branch of the TSB, but I do wonder what this building was built for. Its temple style make me wonder if it was a Neoclassical chapel of one of the Christian denominations that shied away from the Gothic style for their chapels, or whether it was always a bank and that the severe lines of the Ionic Order were a statement of security, stability and seriousness. Either way, while Neoclassical architecture is not my favourite style, I rather liked this building, and while I waited, took these photographs. 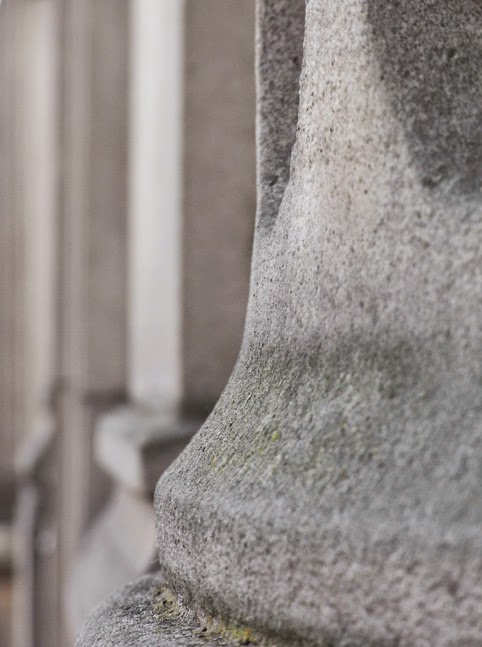 As I was right up close to the building, sitting on a ledge and trying not move around too much, I have not got any photographs of the building as a whole, but the entire building seems to be of a design quite directly inspired by Classical temples, although the colonnade here is only a portico, rather than supporting a roof and arcade down the sides of the building. The next building down hill also had columns, hence the photographs taken looking down one set of columns to the next in different style. 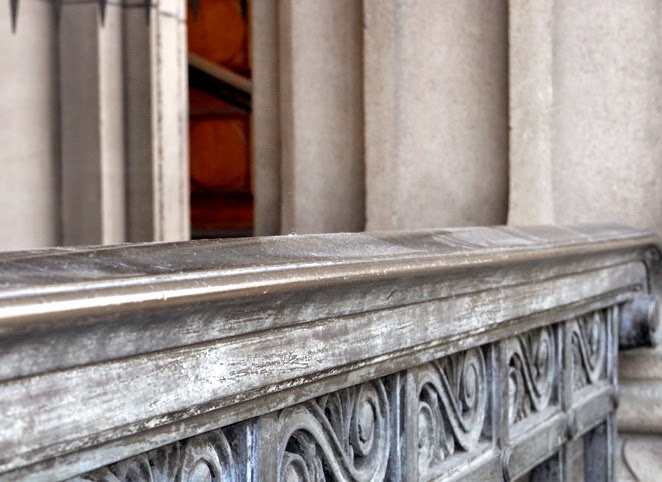 I know that usually my architectural photographs are in black and white, but with the stone of this building being such a pale grey anyway, I thought it would be better to take some colour pictures, that and I wanted to capture the fact that it was actually sunny in Scotland (just in case nobody believed me! :P ). The day after the weather went back to cloudy and dreary, so it was short lived, but it was actually sunny for a whole afternoon.
Posted by The HouseCat at 07:30