Edinburgh City Part 4: Pictures of Us 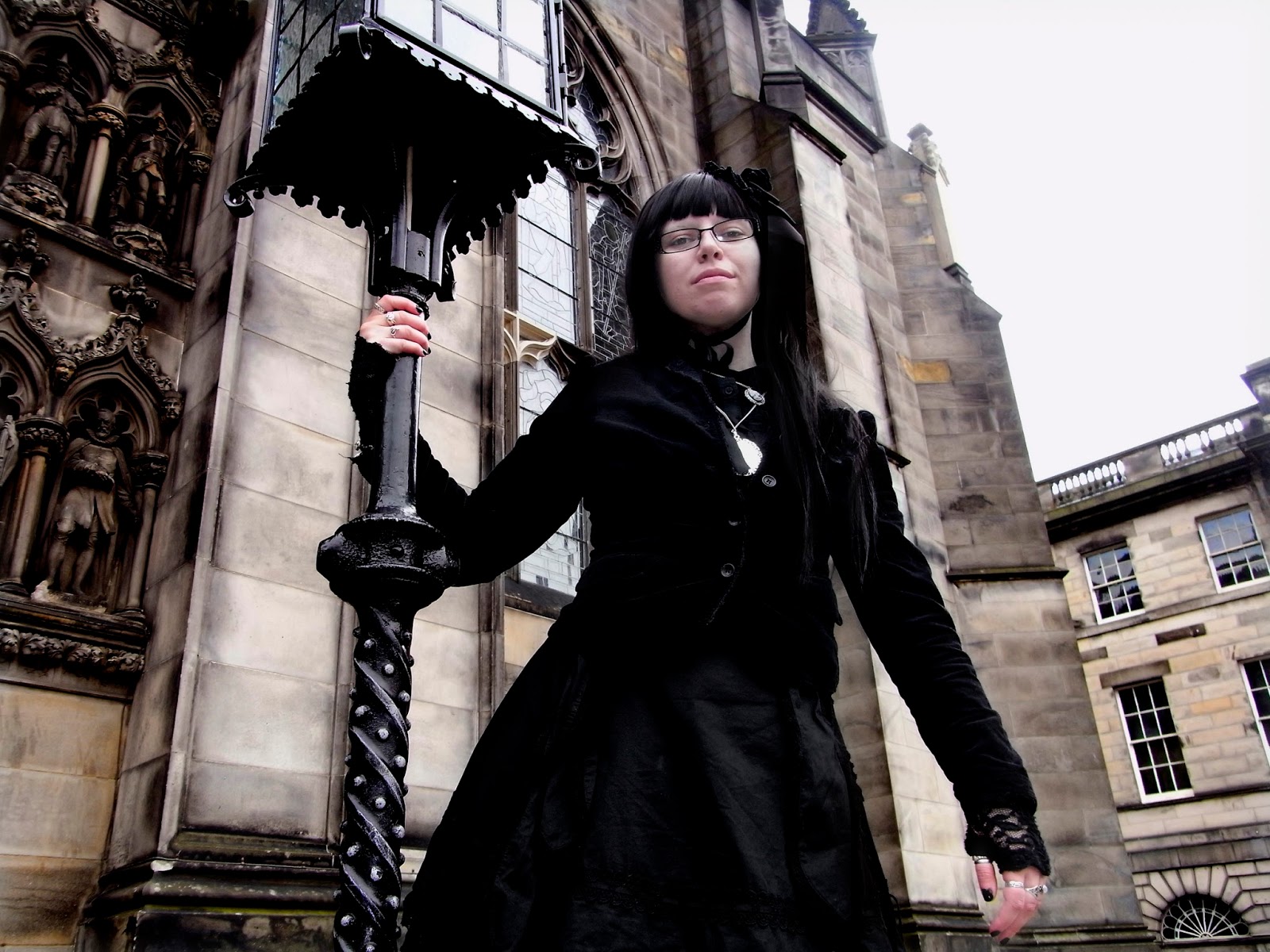 I was going for a classic Lolita look, just in black, with my Baby, The Stars Shine Bright dress, a velvet blazer and two different cameo necklaces. The fingerless lace gloves were so that I could fiddle with the camera and keep my fingers warm at the same time, and the head-dress is a rosette style one by Alice And The Pirates. The waist-ties are undone on the dress because I didn't find out until after I had gone out just how uncomfortable it was to have them tied under my blazer! 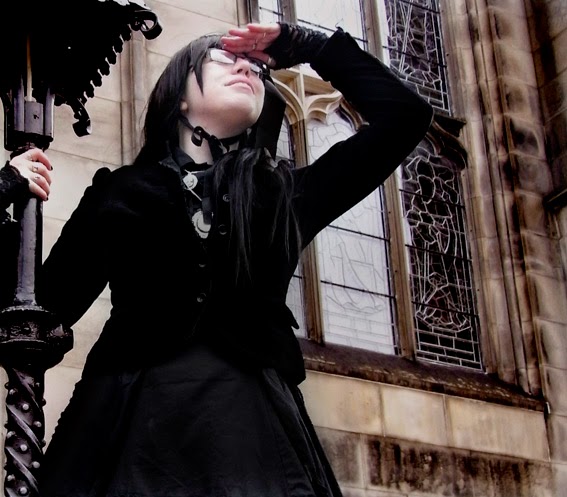 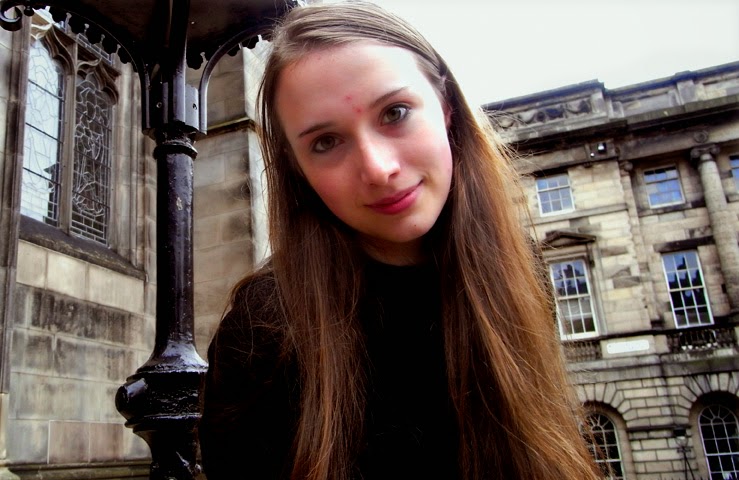 The next time I go to Edinburgh (and there has to be a next time!) I will have to take some proper photographs of St. Giles' cathedral - especially the famous lantern spire. There are several other beautiful churches and other buildings on the Royal Mile that deserve photographing too. I was in Edinburgh for only 2 days and took so many photographs as it was - another trip with more photography time would be even more productive, although I think I would have to be much pickier with my photographs and write my blogs as a travelogue; I have written four blog entries about my Edinburgh travels already, and that's before getting as far as the castle! 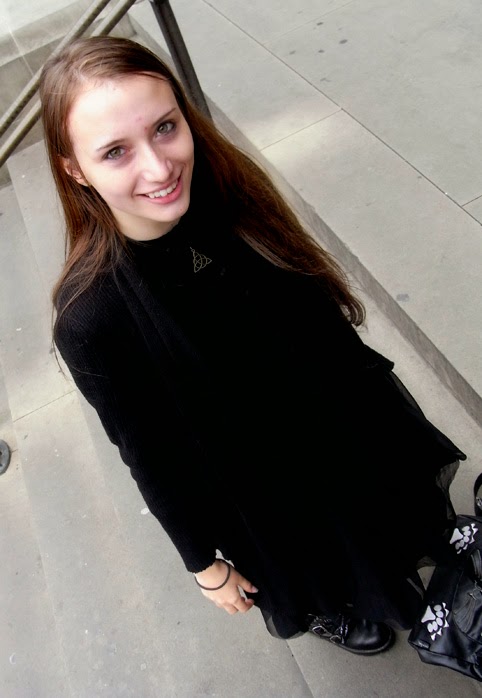 Many thanks have to be given to K. for letting me stay in her apartment in Edinburgh, for being an excellent tour-guide, and for helping me out when I lost things and thought I would not be able to get home. She is a fabulous host and very kind.
Posted by The HouseCat at 07:30